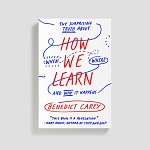 How We Learn: The Surprising Truth About When, Where, and Why It Happens

Benedict Carey is an award-winning science reporter who has been at The New York Times since 2004, and one of the newspaper’s most emailed reporters. He graduated from the University of Colorado with a bachelor’s degree in math and from Northwestern University with a master’s in journalism, and has written about health and science for twenty-five years. He lives in New York City.

In the tradition of The Power of Habit and Thinking, Fast and Slow comes a practical, playful, and endlessly fascinating guide to what we really know about learning and memory today—and how we can apply it to our own lives.

From an early age, it is drilled into our heads: Restlessness, distraction, and ignorance are the enemies of success. We’re told that learning is all self-discipline, that we must confine ourselves to designated study areas, turn off the music, and maintain a strict ritual if we want to ace that test, memorize that presentation, or nail that piano recital.

But what if almost everything we were told about learning is wrong? And what if there was a way to achieve more with less effort?

In How We Learn, award-winning science reporter Benedict Carey sifts through decades of education research and landmark studies to uncover the truth about how our brains absorb and retain information. What he discovers is that, from the moment we are born, we are all learning quickly, efficiently, and automatically; but in our zeal to systematize the process we have ignored valuable, naturally enjoyable learning tools like forgetting, sleeping, and daydreaming. Is a dedicated desk in a quiet room really the best way to study? Can altering your routine improve your recall? Are there times when distraction is good? Is repetition necessary? Carey’s search for answers to these questions yields a wealth of strategies that make learning more a part of our everyday lives—and less of a chore.

By road testing many of the counterintuitive techniques described in this book, Carey shows how we can flex the neural muscles that make deep learning possible. Along the way he reveals why teachers should give final exams on the first day of class, why it’s wise to interleave subjects and concepts when learning any new skill, and when it’s smarter to stay up late prepping for that presentation than to rise early for one last cram session. And if this requires some suspension of disbelief, that’s because the research defies what we’ve been told, throughout our lives, about how best to learn.

The brain is not like a muscle, at least not in any straightforward sense. It is something else altogether, sensitive to mood, to timing, to circadian rhythms, as well as to location and environment. It doesn’t take orders well, to put it mildly. If the brain is a learning machine, then it is an eccentric one. In How We Learn, Benedict Carey shows us how to exploit its quirks to our advantage.

Benedict J. Carey is a science reporter for The New York Times who focuses on brain and behavior topics. He writes about neuroscience, psychiatry and neurology, as well as everyday psychology. The territory includes the large and the small, memory molecules and group behavior, narcissism and nostalgia, drug uses and drug addiction.

From 2007 to 2010, he was the Mind columnist for Science Times, where he wrote about pranks, binge drinking, boredom, regret, perfectionism, study habits and Super Bowl anxiety, among other things.

Mr. Carey joined The Times in 2004 as a behavior writer. Previously, he worked at The Los Angeles Times, writing about health, medicine and brain science, where he won a University of Missouri Lifestyle Journalism Award for a story on drinking water. Before that, he was a freelance magazine writer, and a staff writer for Health magazine in San Francisco. He began his career at American Shipper, a trade book in New York covering the shipping trade.

He writes frequently for the Review section of the paper and has written three books: “Island of the Unknowns” (previously titled “The Unknowns” in hardback), a math adventure; and “Poison Most Vial,” a murder mystery involving forensic toxicology and “How We Learn: The Surprising Truth About When, Where, and Why It Happens” (Random House), about the cognitive science of learning.

Lasting Learning was created to bring together the world’s foremost learning scientists with a focus on providing information about the best ways to enhance long-term retention of knowledge and skills across the lifespan. Our goal is to be a valuable and trusted resource for students, teachers, parents, athletes, coaches and anyone else who wants to learn the best ways to learn.

Related Posts
Fuel for the Mind 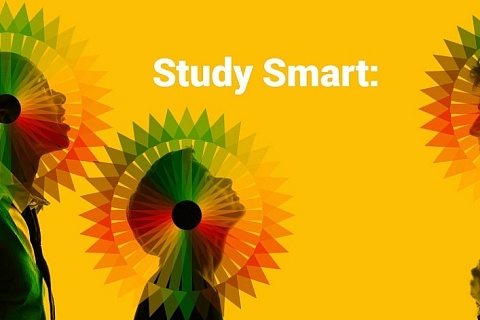 10 Ways to Master the SAT/ACT…

Study Smart: 10 Ways to Master the SAT/ACT Using the Science of Learning By Nicholas C....

What Every Teacher Needs to Know

Every year about 190,000 teacher candidates graduate from traditional teacher preparation...

Read more
Fuel for the Mind 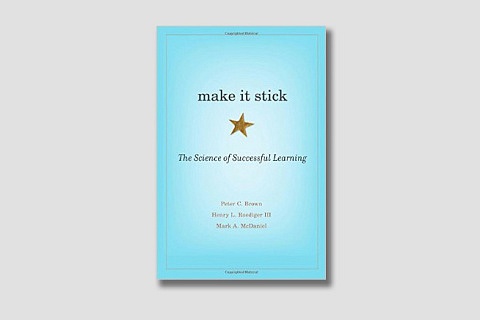